"Jeu de modes" is an interactive dance piece exploring ranges of dynamic in expressive gesture – from small discrete finger movements, medium sized "conversational" gestures, to large, energetic swipes and explosive outbursts – and how these movements can be interpreted sonically. The title plays on the composer Francois Bayle’s theoretical work dealing with the phenomenology of listening dealing with acousmatic music – music without visual sound sources. While Bayle maps out modes of musical sound/play using movement metaphors like “rub”, “pull”, “push” or “slide”, we turn this around and instead map out movement modes using sound. The sounds palette of the piece is based on hundreds of prerecorded sound particles. The sound particles make up a rich amalgam of sound objects, differing greatly in quality and feel and the degree to which they invite concrete associations and narratives. They are played one at a time or concatenated into chains leading to dense clouds or roaring sound masses, depending on the dancer’s movements. Certain gestures can also enable movements within the temporal envelope of one “frozen” single particle, thus exploring its inner details. The piece uses TOF (time-of-flight) sensor technology and custom-built software implemented in MotionComposer (www.motioncomposer.org), a device designed by the authors for persons with disabilities that transforms movement into music. 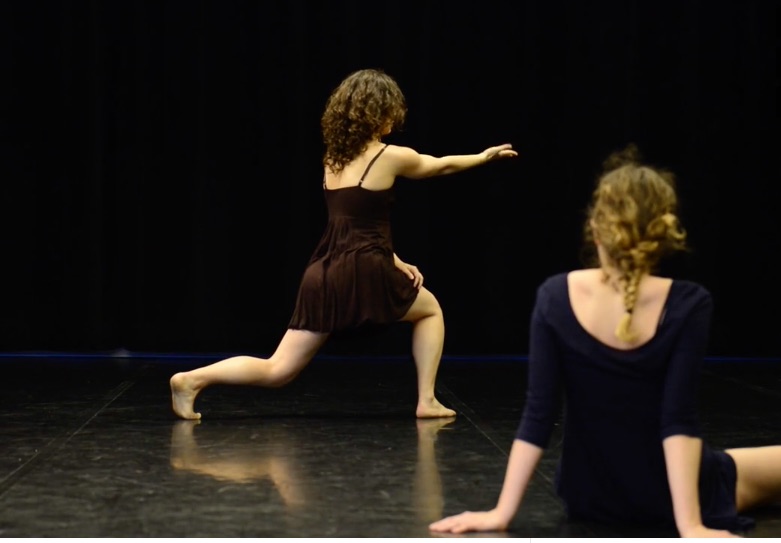