2008 - This evening-long piece had two versions:  one in the Fertigungshalle, Nürnberg, and one at AMBER Festival in Istanbul. 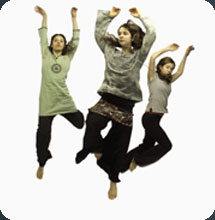